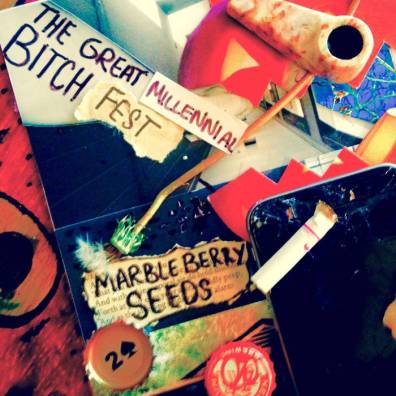 Although out of the ordinary, Marble Berry Seeds stands out from the rest of the music scene, especially if compared to ska music. On their 2017 release, The Great Millennial Bitchfest, their opening song “Keepin’ Busy” reminds listeners of “Modern American Gypsy” by Big D and the Kids Table.

Each song off of the 11-track album smoothly intertwines with the next, especially the opening two. “It’s Not Mozart” slows things down, with a hint of emo pop hitting your ears. Florida singer-songwriter Cam Wheatley fronts the trio, and his unordinary voice pulls from every genre, from ska to emo and everything in between. In a bio sent to DWP, Marble Berry Seeds assert “their songs boast catchy melodies, a formidable rhythm section, and literate, often political lyrics that strike a balance between interpersonal vulnerability and ironic social criticism.” This is one hundred percent true.

It’s hard not to ignore their music, it stands out, which is what music is supposed to do. Some people may find it weird, (see “Beehive”) but you also may find it’s something that you can’t forget and are unable to get out of your head. Other songs like “The Breakup Meme” are insanely relatable, just like most of the album.

Don’t ignore it, even if you want to. This album is catchy, even if it’s something you wouldn’t picture yourself listening to.