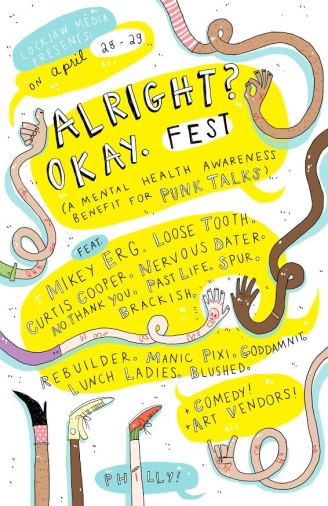 A portion of the proceeds from the festival will be donated to Punk Talks. The organization aims to provide free mental health assistance to people involved in music as well as educate and raise awareness of mental health and self-care. Each show of the festival features punk and rock acts, a majority of which are from Philadelphia. The daytime show at The Pharmacy will also feature comedy acts and art vendors.”